Researchers have pointed out that the women’s game is standing at a crossroads due to the Covid-19 outbreak as it was already plagued by issues such as low wages. 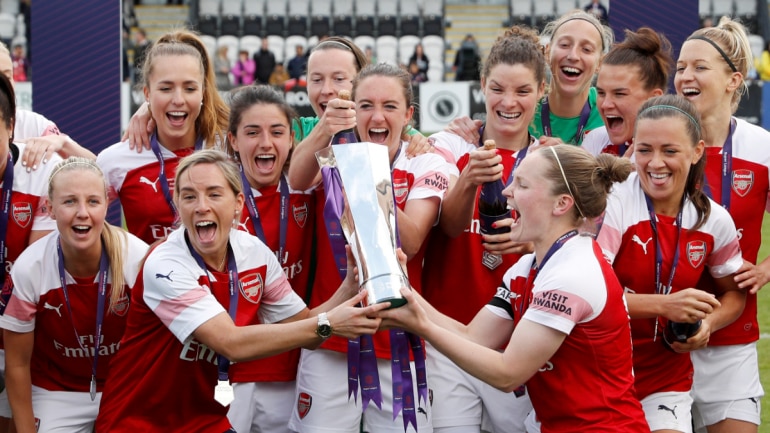 The future of English women’s soccer faces an unprecedented threat as a result of the Covid-19 pandemic and decisive action must be taken to protect its future, researchers have said.

Professional soccer in England has been suspended since mid-March due to the novel coronavirus outbreak and this season’s Women’s Super League and second-tier Women’s Championship were ended on Monday.

Women’s soccer was battling with issues ranging from poor pitches to low wages before the pandemic and could be set back further, according a study by the University of Portsmouth.

“History has shown that at times of financial insecurity, clubs and the FA have cut investment to the women’s game,” Beth Clarkson, lead author of the study said.

The study said the future of women’s soccer could be protected by “being entrepreneurial in approaches generating revenue for the women’s game” and “recognising issues surrounding player wellbeing that might be felt acutely in women’s football and acting accordingly.”

“We’re kind of at the stage where we’re still in need of that help and when you see football as a whole and the men’s football is struggling you can also imagine yourself how the women’s football is affected by this,” she told ESPN.

Interested to see how players will be handed out points on basis of reduced US Open: Leander Paes

Interested to see how players will be handed out points on basis of reduced...

Do whatever you want to do: Rishabh Pant reveals advice from...

Wicketkeepers have to be given a consistent run in Indian team:...