Former India all-rounder Yuvraj Singh came up with a very funny reply after Rohit Sharma one of his photo writing, “Always hold on to what you love.” 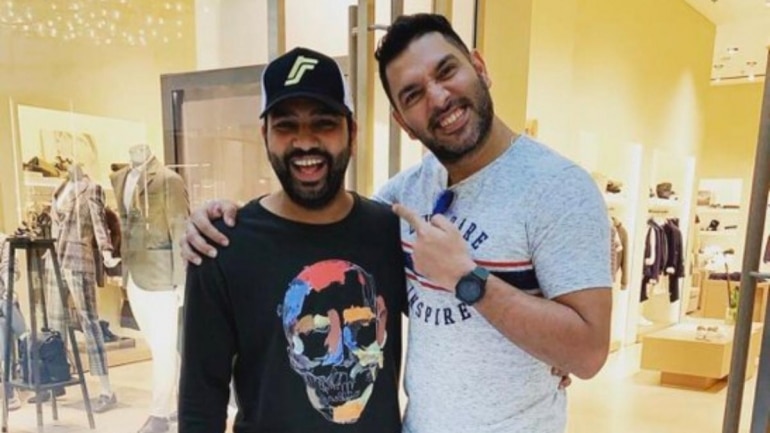 Two cricketers adoring each other is a great sight and when a senior player pulls the legs of his junior it is beautiful. Sports surely gives birth to the bests of camaraderies.

One such display of camaraderie between a senior and junior cricketer was on display on Saturday when 2-time World Cup-winning all-rounder came up with a cheeky response to pull the legs of Team India vice-captain Rohit Sharma. It all started when Rohit Sharma uploaded a picture with his wife Ritika Sajdeh and captioned it writing, “Always hold on to what you love.”

Yuvraj Singh was ‘quite literally’ touched by Rohit Sharma’s caption and that was the moment when he admitted his love for the Mumbai batsman’s “cheeks”.

“I love your cheeks can I hold on to them,” Yuvraj Singh cheekily wrote. The hilarious comment by the former Punjab batsman left fans in splits.

Rohit Sharma himself has admitted that when he joined the Indian team Yuvraj Singh was his cricket crush. The Mumbai Indians captain had said that he just wanted to talk to Yuvraj and watch the way he preparers himself for a match.

“When I came into the team, my cricket crush was Yuvraj Singh. I just wanted to talk to Yuvraj, I wanted to see how he prepares, the role that Yuvraj had, I had to essay the same role eventually in the middle order.

“When it came to fielding, I wanted to learn from Yuvraj. There was an incident in which I had entered the team bus early, I was half an hour early and I had taken the seat which was originally reserved for Yuvraj. He then entered the bus and I thought ‘that is how you make an entry’,” ” Rohit Sharma had said.

Earlier, on the occasion of Yuvraj Singh’s 1-year retirement anniversary, Rohit Sharma had took to Twitter and said “wonderful memories together. I hope you played little longer.”